Elk Studios is different. The astonishing level of detail, effort and dedication Elk Studios puts into each of its high-quality casino games is immense. As one of the newer names in the online casino industry, Elk Studios has managed to fight its way up through the tough market and become a trustworthy and reliable game provider that puts quality first. Continue reading this Elk Studios page to find out everything about this top UK casino game developer.

Elk Studios started in 2012, as a mobile-first casino game developer. Over the years, Elk Studios has created a powerful multi-platform product which can be found in almost every major online casino in the UK. Even though Elk Studios is a relatively small casino software company, the company’s creative efforts have managed to make a significant impact in the industry over the years.

When browsing through the Elk Studios official website, the reader can really feel the passion and dedication this provider has towards creating high-quality casino games. There is information on almost every aspect of the game-making process, showing just how much work Elk Studios puts into its products.

This Sweden-based company holds licences from two of the most reputable gambling jurisdictions, the UK Gambling Commission and the Malta Gaming Authority. What is particularly interesting about Elk Studios and their work, is the fact that they have a reputation that’s outgrown the size of the company itself. Over the years, this provider has managed to beat much bigger casino game providers to win several industry awards, including a Game of the Year award in 2017 for their “Wild Toro” slot.

Because Elk Studios is a relatively small casino software developer with around 20 staff, they are solely focused on creating slots. They use industry-standard tools and programs for graphics and animations. In order to make their games look unique and have their own recognisable style, Elk Studios adds their own custom in-house plug-ins.

Elk Studios doesn’t use any complicated 3rd party software programs or frameworks like some other top online casino software providers. They only focus on well-tested libraries which are proven to be reliable for constructing casino games. This means that their games are a bit simpler compared to games from other providers, but are very stable with very little game errors or server crashes.

Elk Studios slot games come with several unique in-game features. Besides classic free spins and bonus symbol features that can be found in almost every modern casino slot, some of Elk Studios’ games include in-game options. These include loyalty rewards and special gameplay features that give the player the option to tailor the way he wants to play.

Slot players can also engage with one another through the Elk Compete feature. This highly customisable multiplayer in-game feature allows players to test their skill and luck against each other in a tournament-based slot competition and play for specific goals and achievements. It provides players with a lot of replay value and adds an entirely new dimension to the slot game genre.

As we’ve mentioned before, Elk Studios is focused on creating casino slot games. Since 2012, the provider has published only about two dozen casino games, but among them were some truly amazing titles. Here are the best Elk Studios casino slots: 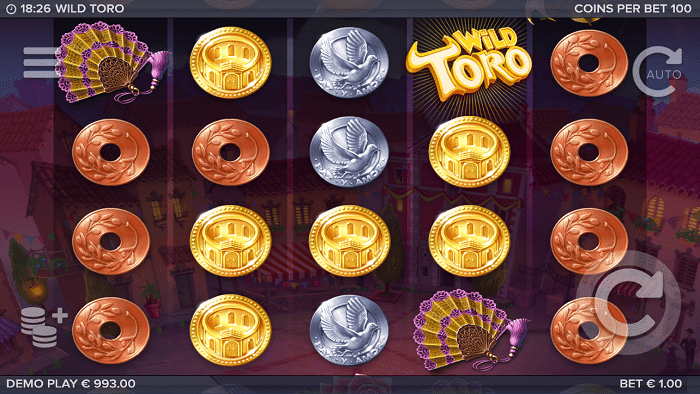 Wild Toro is the best and most successful slot game Elk Studios has ever published. This 5 reel video slot garnered international success and even won the prestigious Game of the Year award in 2017. This game doesn’t have a standard payline layout. Instead, there are 178 ways to win. Wild Toro is designed to be very simple and functional. There are just six standard symbols and a couple of special ones, which trigger the bonus features. Although the game is very simple, it comes with great sound and beautiful graphics.

Set in front of the colorful backdrop of our bright Universe, Joker Gems is a vibrant 5-reel, 5-row online slot. Joker Gems comes with three predefined jackpots, each individually awarded with a fixed amount of £10,000, £20,000 and £50,000. With a little bit of luck, the game can be very rewarding, as there are no limits on how many times each of the jackpots can be won. It’s worth mentioning that Joker Gems is more suitable for highrollers since the wagers are slightly larger compared to other slot games.

The Kaiju theme is often associated with a popular genre of Japanese films, with one of the most famous Kaiju monsters in history being Godzilla. The Elk Studios-made Kaiju game is a 5-reel, 3-row slot with a futuristic neo-noir theme. What makes this game particularly interesting is the expanding reel feature, which generates much more ways for the player to win and play with up to 7776 active paylines. The slot sticks very faithfully to the subject matter and offers an exceptionally well-designed visual experience accompanied by great sound design and very fast-paced gameplay.

As its name suggests, Hit it Big gives players an opportunity to land huge wins and claim some really big prizes. The base game works like a basic traditional slot with 5 reels and 3 rows. Additionally, there are three special stages of bonus games. This way, players can win free spins and up to 1000x their original wager. Those who decide to give this game a spin should also be aware that it is a highly volatile slot with large wagering limits – Great for highrollers.

By their own admission, Elk Studios are very dedicated mobile casino game developers, with a mission to push the limits of online mobile gaming. There is not much information on how Elk Studios creates their popular mobile casino slot games or how they optimise their content to work across all platforms. But, practice shows that all Elk Studios games are compatible with every mobile device. Players can instantly access them through a mobile browser from any top UK Elk Studios casino site. Some of their slot games are even created primarily for the mobile market, with more intuitive controls and streamlined gameplay.

Despite the fact that their games can be found in a number of top UK Elk Studios casino sites, the relatively small game library means that casino players will have to resort to playing games from other providers as well. Since Elk Studios only has slot games, players who wish to play poker, roulette, blackjack or any other table or live casino game can try casino products from other reputable casino providers like:

From day one, Elk Studios positioned itself as a mobile-first casino provider. They’ve always strived to create games that differ from the norm, both in style and gameplay. Here are the biggest positives and negatives we’ve come across when testing Elk Studios games:

The biggest advantage of Elk Studios slots is the long-term replay value all of their games offer. They all come with high-quality graphics and very interesting gameplay mechanics. This is accompanied by the Elk Compete feature. It adds a whole new dimension to online slots and provides the player with unlimited gaming possibilities.

For a provider of its size, Elk Studios is excellently represented in online casinos around the world. Players can find their games at all top UK Elk Studios casino sites and even access them in multiple currencies and several languages. Elk Studios also puts a lot of time and effort into testing and optimising all of its games. They put each and every game through a rigorous in-house testing process before publishing it. For example, before publishing their most successful game to date, Wild Toro, Elk Studios made and studied 17 million in-game spins in order to perfect the slot that later won the Game of the Year award. This kind of dedication has helped Elk Studios establish a very strong and trustworthy reputation among its users.

Elk Studios products don’t have many negative aspects to them. A few downsides that are present revolve around pretty much the same issue. The provider’s main problem is that there are just not that many games to choose from. There is a respectable selection of games, but nothing overly impressive in terms of quantity.

This casino software developer has only been focusing on creating casino slots and there are no other types of casino games players can try out. Most slot players will feel that Elk Studios games are enough on their own. But those who appreciate playing table or live casino games will have to try out other casino software providers.

Just like Quickspin, Yggdrasil or any other Scandinavian casino software provider, Elk Studios follows the same principle of quality over quantity. Even though there are only about two dozen Elk Studios slots, each and every game is perfected to the last detail, with beautiful graphics and plenty of bonus features. Elk Studios products are well capable of providing players with a thrilling and memorable casino gaming experience.

What type of casino games do Elk Studios develop?

Elk Studios is a relatively small casino software provider and they are exclusively focused on developing casino slot games. This allows them to put all of their efforts into creating high-quality slot games filled with custom features and bonuses.

Where can I play Elk Studios games?

The number of reputable online casinos where players can try Elk Studios games is constantly growing, giving customers a wide range of options to choose from. Some of the top UK Elk Studios casino sites include big names like Royal Panda Casino and Fruity Casa, both reputable and very trustworthy online gaming websites.

Elk Studios is licensed by several reputable online gambling jurisdictions. They also invest into testing their games to ensure they are fair and random, by independent gambling organisations. All of this makes every Elk Studios slot very safe and fair.