NetEnt Software, the leading provider of digital gaming solutions for online casinos, has released the second title from its fabulous Fairytale Legends Trilogy. The second installment of the slot game series is based on the age old tale of Hansel and Gretel. After the successful release of the first online slot game, Little Red Riding […]

Forbes, the American, bi-weekly finance magazine, has recently unveiled their 2017 list of the richest people in the world. It came as no surprise that a number of these billionaires have ties to the gambling industry. More importantly, many of these billionaires seemed to have sprouted up from the Asian gambling markets. The focus on […]

Casumo Online Casino, one of the more popular online entertainment operators in Europe, has signed a three year partnership deal with the SSE Arena in Wembley. The deal was negotiated by AEG Global Partnerships and will give Casumo access to an additional 700,000 fans. As noted by the SSE Area stats, these fans will be […]

The UK based gaming operator, Rank Group Plc. has signed an agreement with software developer, Playtech Plc.. According to the agreement, the contract will see the software developer work with the gambling giant for many years to come. They will continue to supply bingo and casino software for Rank Group’s Mecca Bingo brand. Playtech and the […]

Shortly after the United Kingdom Gambling Commission announced that gambling operators across the country will be able to use Bitcoin as a form of alternative currency, The Financial Conduct Authority (FCA) found themselves busy mulling over the approval process of some companies that have applied for permits to start using Bitcoin technology.

The United Kingdom Gambling Commission (UKGC) has issued a warning to all online sites that facilitate betting on e-sports and gaming sites, including those which allow their players to use virtual items that they have acquired during gameplay, as wagers. 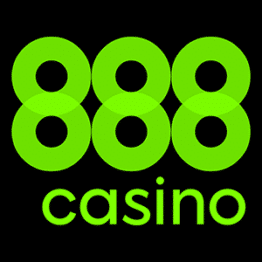