Forbes, the American, bi-weekly finance magazine, has recently unveiled their 2017 list of the richest people in the world. It came as no surprise that a number of these billionaires have ties to the gambling industry. More importantly, many of these billionaires seemed to have sprouted up from the Asian gambling markets. The focus on the Asian market has intensified in the last few years. The article published by Forbes also confirmed another important thing. This was that all the billionaires seemed to have had a tremendous year. The number of billionaires in the world was recorded at 1810 last year.  That number has increased over the course of the last 12 months and has been reported at 2043 this year. This showed an increase of nearly 13 per cent. This massive increase is a feat on its own. It is also the first time in the history of Forbes that the number of individuals whose wealth is over ten figures has crossed the 2,000 mark.

The global casino industry has seen rapid growth over the last few years. This has allowed the fortunes of these tycoons to soar to such significant heights. At the top of the list of the gaming billionaires, quite expectedly, is the 83 year old Las Vegas Sands Chairman, Sheldon Adelson, who is currently worth USD 30.4 billion.

Sheldon Gary Adelson, who was born in 1933, is a prominent American businessman and investor. He is predominantly known for his role as the Chairman and Chief Executive Officer of the Las Vegas Sands Corporation. This is the same corporation that owns the Marina Bay in Singapore on top of several properties in the USA. Las Vegas Sands Corp. is also the parent company for Venetian Macau Ltd., which operates the Venetian Resort Hotel Casino and the Sands Expo and Convention Centre in Macau, China. Besides these and his US based properties, Sheldon also owns a number of newspapers such as the Israeli daily newspaper – Israel Hayom and the American paper, the Las Vegas Review Journal.

In 2016, Adelson had a net worth of USD 25.2 billion. That was good enough to give him the 22nd spot on the Forbes’ list of world’s richest individuals last year. Since then, his fortune has seen incredible growth. This year his net worth gained an additional USD 5.2 billion. This increase has seen his net worth climb 20.6 per cent to USD 30.4 billion. The increase in worth has allowed him to also climb up a couple more spots on the Forbes List of World’s Billionaires this year in 2017.

Macau, which is the mecca of gambling, has suffered considerably over the last couple of years. This was mainly because of anti- corruption crackdown initiatives that were launched by authorities in Beijing, mainland China. The Beijing clampdown has greatly hurt the growth prospects of the casino industry in the area. Macau saw losses of more than USD 100 billion just in those couple of years. This slump, however, has had a negligible impact on Adelson and his massive fortune; as is evident from his ranking.

Despite news of the losses in Macau, to the surprise of many, Adelson has been bullish in his efforts of introducing another project in the area. The Parisian Macau casino, which is located in the Cotai district of Macau, opened in September of 2016. This reflected his confidence in the gambling market in Macau despite the losses it had suffered. To give him credit, the market has since seen growth; it has been on an upward trajectory since the month of August last year.

Lil Che Woo is the next gambling magnate to be featured on the 2017 Forbes List of the World’s Billionaires. Born in August 1929, Lil Che Woo is a member of the Standing Committee of the Chinese People’s Political Consultative Conference, Jiangman, People’s republic of China. Needless to say he is also a Hong Kong gambling magnate. He is the Founder and Chairman of the Galaxy Entertainment Group. His diverse portfolio includes several successful ventures into the gambling, entertainment and leisure industry. Woo has also dabbled in property, construction and materials with great success. As it stands, his efforts have amassed nearly 200 global subsidiaries that are responsible for more than 33,000 jobs. His businesses are spread across several countries including Hong Kong, mainland China and Macau; as well as several other countries in North America and South East Asia. Woo’s net worth in 2017 was reported at USD 12.1 billion.

It was in May 2011, that he opened the USD 2 Billion Galaxy Macau Casino and Hotel in Macau. This mammoth project comprised of a 2,200 room hotel, 50 restaurants, a casino with 450 gambling tables and an artificial beach and a wave pool. 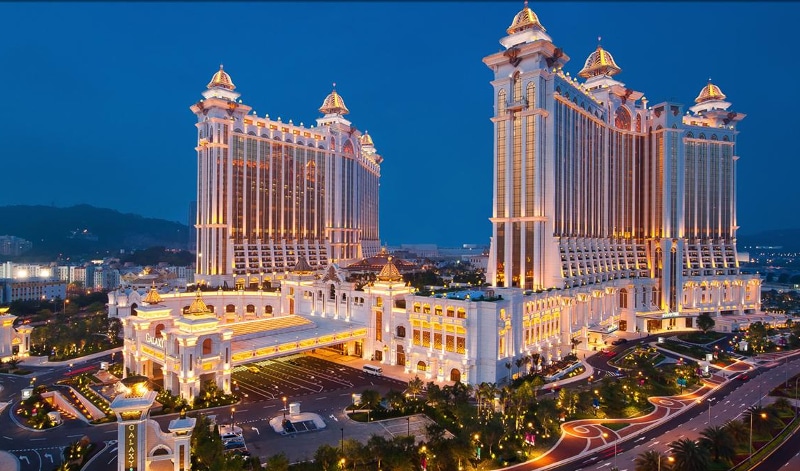 The third name that came up on the ist is that of Austrian businessman, Johann Graf. Born in 1946 in a one bedroom flat; and raised by his grandparents, his success story is true rags to riches tale. His inspiring biopic began with a humble apprenticeship as a butcher. Johann was destined to follow in the line of his family business. His greatest achievement at the time was to assume control of the family butchery. However in 1974, when he decided to venture on his own, he founded the Gerhard Brodnik the Brodnik & Graf GmbH. This company specialised in importing Belgian pinball machines to be set up in pubs, cafes and brothels. Six years later he set up Novamatic, a company that is spread across 43 countries around the world, including cities such as Berlin and Santiago. The Novamatic Group consists of three holding companies and has generated Johann a net worth of USD 7.2 billion. This has allowed him to take the 194th spot on the 2017 Forbes list of the World’s Billionaires.

The son and daughter of Stanley Ho have both found a space on the list of billionaires in 2017. Stanley Ho Hung Sung is a Hong Kong and Macanese business magnate. He was nicknamed the ‘King of Gambling’ due to the monopoly he had had on the Macau gambling industry for forty years. He was named the 13th richest person in Hong Kong in 2011. At the time he had managed to amass a fortune worth USD 2 billion.

Ho’s daughter Pansy Ho Chui King occupies the 414th spot in 2017 on the Forbes’ list. As joint chairperson of MGM China Holdings, Pansy Ho made an additional USD 0.8 billion this year. This has increased her net worth of USD 4.2 billion. She has also been ranked 5th on the list of casino billionaires this year.

Ho’s son, Lawrence Ho, is the chairman of Meclo Crown Entertainment. He has seen his fortunes increase and go up to USD 1.6 billion this year. His position has catapulted 186 places to 1290th this year. At the age of 40, he is the youngest tycoon to be featured on the list.

Coming in at number six is Angela Leong On Kei. Born in 1960 with family roots in Sanshui, Guangdong, China, she is a prominent entrepreneur and a member of the Legislative Council of Macau. She is also married to Stanley Ho, mentioned earlier. At forty years her senior, the two got married in 1986, when she was working as a dance teacher. Apart from the prominence that comes with being married to Stanley Ho, she also holds the post of the director of SJM Holdings Ltd.  In 2016, she had accumulated a wealth of USD 1.4 billion. The last 12 months however have seen a meteoric rise in her fortune. Her net worth now totals at USD 4.1 billion. While she was ranked at 1275th place in 2016, she now enjoys the 427th position on the 2017 Forbes list.

There are other prominent casino tycoons that like other years, also feature on the list this year. Perhaps one of the most famous is Steve Wynn, the chairman of Wynn Resorts. Born in 1942, Steve Wynn is an American real estate businessman and art collector. He is best known for his contributions to the luxury casino and hotel industry. In his career, he has seen the construction of important landmarks such as the hotels in Las Vegas and Atlantic City.  These include the Golden Nugget , The Golden Nugget Atlantic City, The Mirage , Treasure Island and Belagio to name but a few. It goes without saying that he has played a pivotal role in the expansion of the Las Vegas Strip in the 1990s. In 2000, he made the business decision to sell Mirage Resorts to MGM Grand Inc. This led to the formation of the consolidated company – MGM Mirage. After this, he took his company Wynn Resorts public and remains CEO and Chairman of the Board for Wynn Resorts.

His ex-wife Elaine Wynn is not far behind. She occupies the 1161st spot with a net worth of USD 1.8 billion. 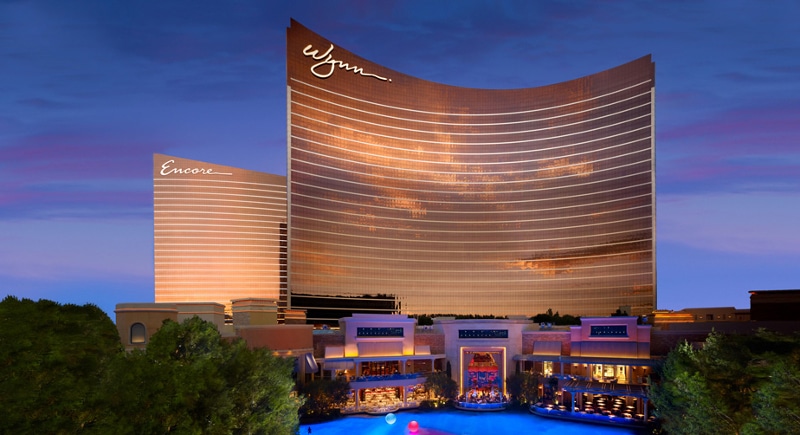 The former chairman of Crown Resorts, James Packer, is also featured on the list. He takes the 660th spot this year in 2017. James Packer is the son of media mogul Kerry Packer and the grandson of Sir Frank Packer. He inherited control of the family company, Consolidated Press Holdings Ltd. He made investments in Crown Resorts, RatPac- Dune Entertainment and Zhoapin Pty Ltd. amongst other companies. He is also the former executive chairman of Publishing and Broadcasting Limited (PBL) and Consolidated Media Holdings. Both of these combined reflect his predominant ownership in media interests across a range of platforms. All of James Packer’s investments have clearly paid off and have allowed him to amass a fortune worth USD 3 billion.

Last name worth mentioning is Japanese casino tycoon Kazuo Okada. Okada is a Japanese entrepreneur, engineer and an art collector. He has worn many hats over the years. He owns Universal Entertainment Corporation, which was formerly known as Azure Corp. The company is a world renowned manufacturer of slot machines. At present, Okada’s biggest project is Okada Manila, a 44- hectare integrated hotel and resort in Manila’s Entertainment City. The project is being developed through Universal Entertainment’s Tiger Resort, Leisure and Entertainment, Inc. Okada also serves as the Chairman of the Universal Entertainment Corporation. In terms of ranking, he landed on the 867th spot this year. This shows a rise of 710 places compared to last year. He has gained his places on thr Forbes’ list of billionaires with a net worth of USD 2.4 billion.

The legal landscape of gambling is at an interesting turn at the moment. New sports and laws are being introduced globally, while many longstanding rules are being brought to the brink of extinction. The gambling and hospitality industry are also clamouring to alter their approach to better suit the younger generation. With all these changes, who knows how the list will shape up next year. If all the lobbying efforts and business initiatives do take off, 2018 may see yet more of an insurgence of gambling industry names on the Forbes’ list of the Richest People in the World.

Simon
I've spent over a decade working in the iGaming industry and a passion for excellent online casino products allows me to analyse, rate, and review a site to give you the information necessary for you to make the best decision.